New edition of the ERN promoted by the European Commission

A new edition of the European Researchers’ Night, promoted by the European Commission, will be held on 27 September. Hundreds of researchers from Taranto, Lecce, Bari, Foggia, Brindisi, Castellana Grotte and Rome participating in the ERN – Apulia project are eager to share their passion, daily challenges and the outcomes of their research with children, students, associations, and individual citizens. This will be an occasion to show that science is for everyone.

In the morning, from 10:00 to 12:00, at the National Archaeological Museum of Taranto, Prof. Buccolieri of the University of Salento will illustrate new findings from the archaeometric analyses carried out at the museum.

Starting at 17:30, the JDC researchers will help you delve into the world of cetaceans at the Kētos. This will also be an opportunity to visit Palazzo Amati.

Later, at the Molo Sant’Eligio, the CNR – IRSA researchers will show you the methods used to study the marine environment. You will explore the multi-sectoral approaches and may experience hands-on testing of some oceanographic instruments. 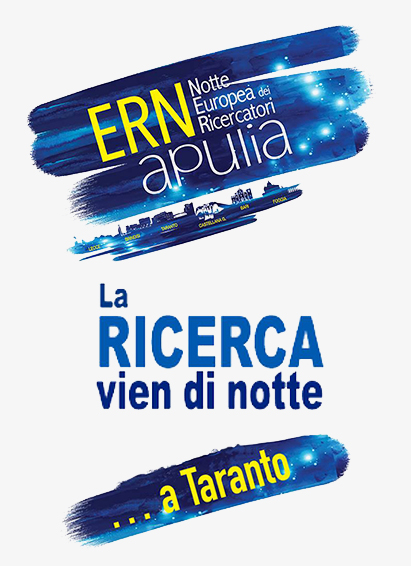