Home Objects on Display Basalt statue of the god Thoth

Basalt statue of the god Thoth

Found in the waters of the Porto Cesareo, the statue depicts a baboon, an animal associated with Thoth, the Egyptian god of writing, as recalled by the hieroglyphic inscription engraved on the base. The animal is depicted in a customary pose: sitting with its front paws resting on its knees and its tail folded around the rectangular base. On the base of the statue there is an inscription in hieroglyphics, which does not actually bear the name of the god, who can, however, be easily identified not only from the iconography of the statue itself, but also from the names that qualify him. Attributed by Botti to the Late Period, to which he referred globally as “Saitica”, the statue was dated to the 4th century B.C. (corresponding to the XXX Egyptian dynasty), a period to which many items have been ascribed, and to which also this statue can be attributed.

The inscription also contains the name of the city of Ra-Nefer, intended as the place of origin of the statue, which can be located in the Nile Delta from where it is presumed it reached the Apulian coasts perhaps in Roman times. 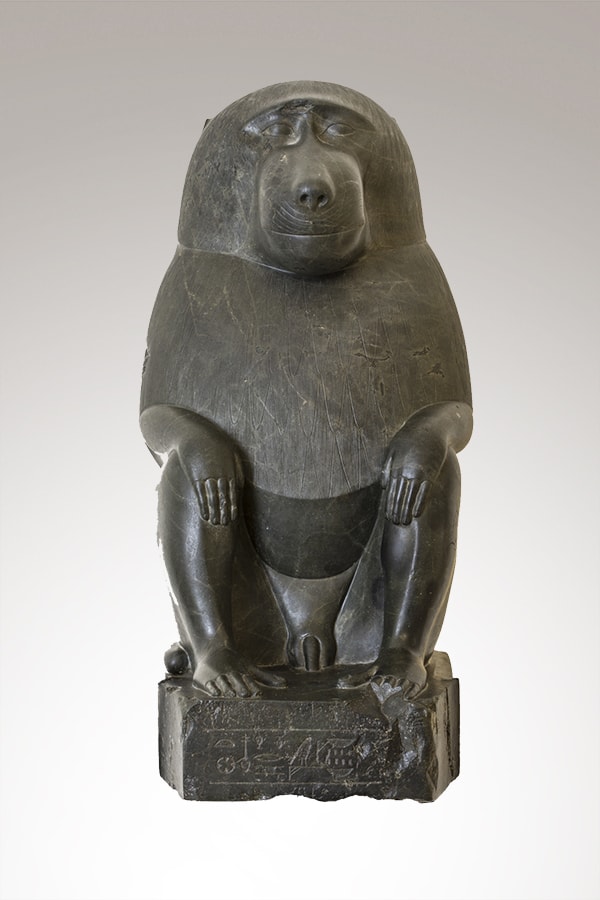