Copper alloy buckle consisting of a perforated semi-circular plate, equipped with a small terminal appendix and a central decoration in the shape of a lily flower with three tips, connected by a strip to an oval ring with a beak-shaped hook; on the back there are three eyelets for fixing the buckle to the leather belt. The item can be classified as a variant of the so-called “Balgota” type defined by Werner, which was widespread in the Greek East but relatively unusual in Italy; although the morphological homogeneity of the specimens of this type may suggest that there was a single place of production, the widespread diffusion of these objects in the Mediterranean area does not rule out the possibility of there being a number of small foundries scattered all over the area. Although the place where the item was found is not known, it could come from a tomb, recalling the practice of dressed inhumation. 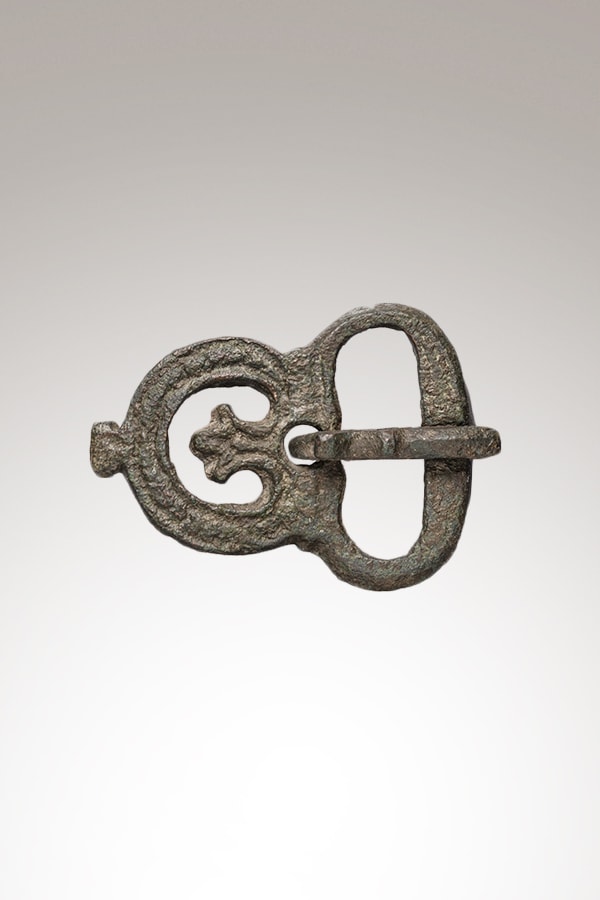