The hero, Jupiter’s son, is represented with a mature face, characterized by a flowing beard and deep wrinkles across his forehead, a sign of the numerous hardships to which he was subjected by the king of Argo Eurystheus. The twisting of the neck and the attitude of the face suggest that painstaking care must have been taken in reproducing the body.

Some scholars have suggested that inspiration for this sculpture, which can be dated to the first century B.C., may have come from the colossus produced for the city of Taranto by the Sicilian sculptor Lysippus in the final decades of the 4th century B.C. The original bronze sculpture, transported to Rome following the victory by Quintus Fabius Maximus over the Greek city, showed Herakles seated and with his head resting wearily on his arm. 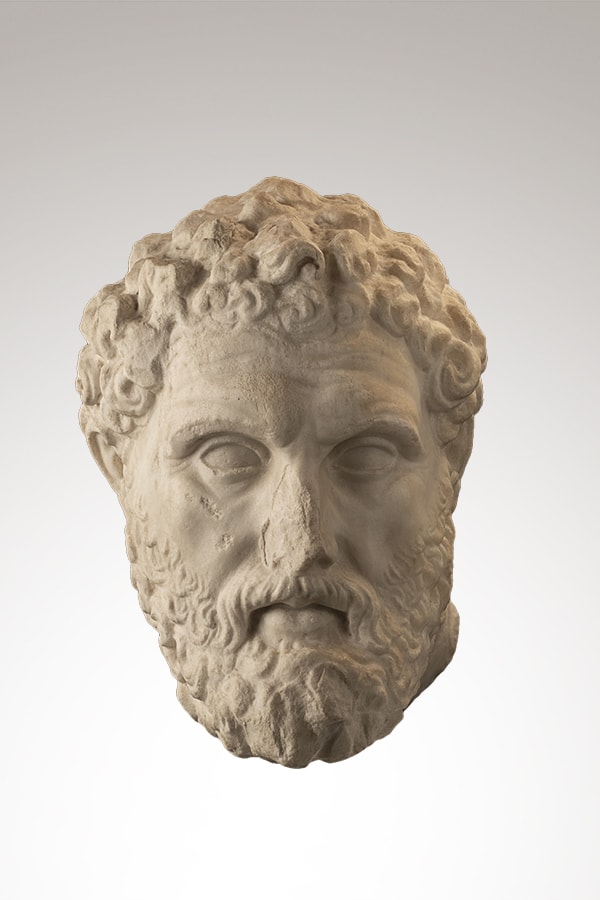